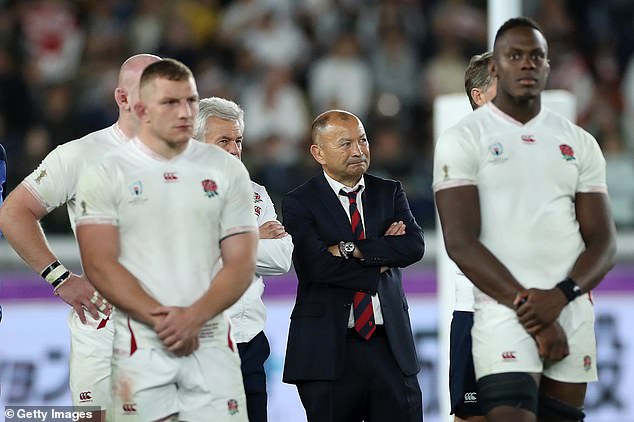 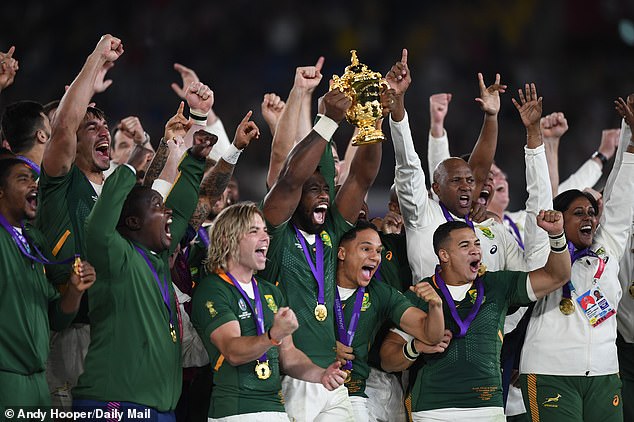 England’s loss to South Africa in the Rugby World Cup final was the most-watched TV moment of the year, with a peak audience of 12.8million.

Figures released by broadcaster ITV also revealed Saturday’s match from Yokohama, which kicked off at 9am GMT, commanded a 79 per cent share of the viewing audience at that peak.

It was the biggest audience for a rugby match since the 2007 World Cup final between the same two sides and the most-watched sports programme, on any channel, since the 2018 football World Cup.

A peak audience of 12.8m saw the final overtake hit BBC drama Line of Duty as the most-watched programme of 2019.

The average audience throughout the match, which England lost 32-12, was 8.9m, representing a 67 per cent audience share.

England were stunned by South Africa’s relentless intensity as their World Cup quest ended with a crushing defeat in the final at International Stadium Yokohama.

A tense arm wrestle delivered its critical moment in the 66th minute when Makazole Mapimpi and Lukhanyo Am combined brilliantly down the left wing for the first of the Springboks’ two tries.

England’s defence was unlocked by the speed and accuracy of a move that saw Mapimpi cross to become the first Springbok to score a try in a World Cup final, although there was also a hint of a forward pass.

The victory maintained South Africa’s 100 per cent record in finals and enabled Siya Kolisi’s team to join the famed Springboks of 1995 and 2007.

Be the first to know!

Naira Marley reveals how much he charges for show

PDP Tackles Buhari Over Signing Of Bill In UK

Chelsea Handler Gets Into the Cannabis Business

247NAIJAnews promises to be a fair and objective portal, where readers can find the best information, recent facts and entertaining news.
Contact us: support@247naijanews.com